Great Britain also guaranteed a third medal in the women’s team pursuit; Neah Evans, Katie Archibald, Elinor Barker and Laura Kenny reached the final after qualifying fastest; Quartet comfortably beat Spain and will face Italy in Thursday’s final Last Updated: 12/11/20 9:12am Great Britain’s women’s sprint team secured silver in their first three-riderevent at the European Track Cycling Championships in Bulgaria, while Matt Walls won gold in the men’s elimination race.With a new format to be debuted at Paris 2024, the women team sprinters have been able to think long term while most of the squad focus on next summer’s rescheduled Games.Milly Tanner, Lusia Steele and Lauren Bate joined forces initially with the second fastest time of 48.646 seconds before Blaine Ridge-Davis replaced Bate for the next stage.- Advertisement – Matt Walls won Great Britain’s first gold medal of the European Track Cycling Championships in the men’s elimination race Matt Walls went one better in the elimination race by clinching gold.He added: “I’m really happy – it was a bit of an unknown coming here as I hadn’t done a race in a long time.“I came here in pretty good form, I was just seeing if my tactics and race speed were there, so I’m glad to come away with a win. I’ve got the omnium and Madison coming later in the week, so I’m looking in good form for that.”Neah Evans just missed out on a medal when she finished fourth in the women’s scratch race, but in the team pursuit, Evans, Katie Archibald, Elinor Barker and Laura Kenny qualified fastest in a time of four minutes 13.923 seconds to qualify for Thursday’s final. – Advertisement – 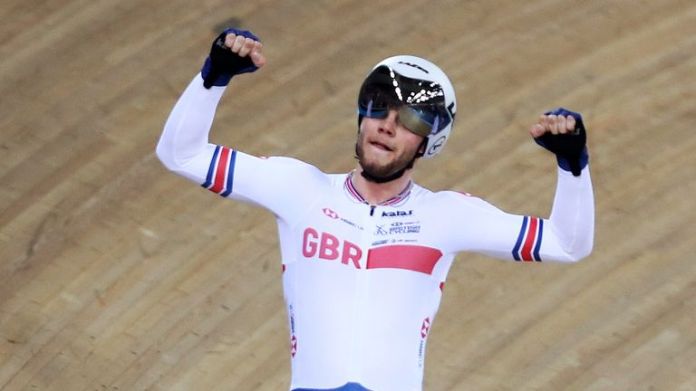